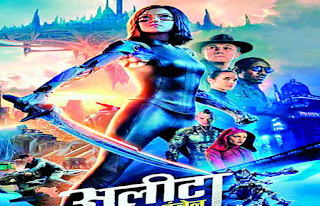 A board named Dr. Dixon Edo hangs on the door. Dr. Edo is a special surgeon of cyborg, who has a specialty of various diseases, has also written on the board. Organic cyborg is a mixture of both human and machine. In order to grow such people in the future, even its surgeons will need it! In the film, the future is that of the year 2563 (after 544 years ago).

Increasing the population on earth, then the people made the city tingling in the sky (space city). There was a great warrior. Many parts of the earth have been broken. The people who were left were not living in their country or region. All came and lived in a city named Aryan City. Aryan City was the only Earth population that could absorb.

On the other hand, all the space caps were broken by the Mahaudhas except Jhalim. Anyone wishing to stay in Aryan City was going to Jhalam, but going to Jhalalam was difficult to break seven tables.

Being a future city, modernization like a one-wheeled bike, a special kind of rickshaw, came in Aryan. After the Mahayudh, however, the city has been transformed into a scam, there is no attractive building or no direct road. Because the attackers were the Mangalis. 300 years have passed since the attack.

Working in a factory for people living in Aryan city was the only employment option. Another hidden work was going on in Hunting. There was a whole army called Warrior Hunter, whose job was to kill criminals from the city and kill him. If there is a killing, then you can get points, and if the number of points is increased then you will get reward for going to jail. For a team of cyborg was working fulltime hunter hunt.

The town was ruled by a villain named Nova. Nova did not resist anyone directly, but he kept on gripping a motorbike competition. Machine-man was on the track and caught the ball in front of the game. The winner of the last one round of the competition, which will win the last one, will also get a chance to go to Jhalams.

In short, all those who were great in Aryan City were working to go to Jhalames. The rest were working in the filling factory. In the factory, the content for Zalem City and the content was sent over the same. No one else knew what was above, the other.

There was also a man ruling in Jalal, who was named Vector. When Vector wanted, he could enter another's body. In fact, he lived in someone's body in Aryan City. But that is one of the secrets of the film's various mysteries.

There was another gang in the city, who was working to steal Cybeg's body parts. Many people in Ayrian City were cyborgs. If all the hands or legs were broken, they would come to Dr. Ida for treatment. Even the Spar parts of the people were working for Nova, so he was stolen by someone else.

There were few people who could be called gentlemen in the city and there was a Dr. Ida. Dr. Edo, moving around the scalp's mug, found one body parts. The upper part of the brain and body was a witness. Being a cyborg expert, Dr. Edo tied the body with the body and one of them got ready.

The girl did not remember what happened earlier in her life. Dr. Ida kept her name Alita. Dr. Edo had an old relationship with Alita, which is also the smallest mystery of the film. When Alita came out in the market, she met a young man named Hugo. The friendship of both of them got burnt. Even though Dr. Idi's injunction, Elita was roaming around there. There were many unknown dangers in the city, so Alita was not aware of it.

Often Dr. Idi was out on the night, going somewhere. One day, Elita went behind them. See if Dr. Idi is also a Warrior Hunter. At that time, Dr. Gidwitska, a cyborg attacked Dr. Oedo. There were also Grewisco's other colleagues. Edo alone could not reach him.

But Alita, who is chasing, smashed the whole mass and sabotaged the giant Saiborg Gravisa. At that time, Dr Aid realized that Alita may be seen, even though she is masam, heartless and heartless. It is possible to fight Bhalbala. At the same time, Nova and his team also came to know that Sava, who has been eating sugary sweets, has got into a city. Now it's going to end.

How to eliminate Elita? Noah found the way. Hugo caught lover from Alita's friend There is a connection between Hugo and Nova, and this is undoubtedly the secret of the film. Nova gave Hugo a lure that if Alita is ready to participate in motorboat competition, then the way to go to Hugo will be paved. By the time Alita had also filed her name as a Warrior Hunter because her aggressive activity was like that.

Alita has shown her willingness to participate in a motorbike competition. Dr. Ida initially made an aunt-kana, but then turned down the yes. When the competition started, it was decided that the competition is really dangerous, so the plan is to eliminate Elita. Alita could not have withdrawn from it, but she could do it all.

Competition started in the stadium, one group of Warrior Hunter came to kill Hugo. Hugo called Alita for help, and until she reached Hugo by completing her work, many body parts were broken.

Dr. Hoido's body piece was inserted by Dr. Edo. After that, the cured Hugo began to climb up the hefty pipe after taking up a manger. But watched over by the Victor, he wasted it on the way.


Alita was also going to save there, but before that, there was a fragment of Hugo, which had a cyborg body. Now Alita is the only nine